Last week I found a 2003 document from Ludger WöBmann about an analysis of European education. 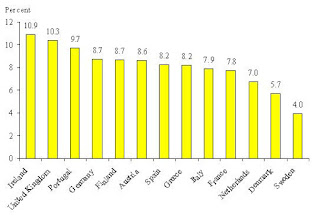 These estimates show that each additional year of education goes hand in hand with, for example, a 10.9% increase in wages in Ireland, or of slightly more than an 8% wage increase averaged across the European countries. Ireland, UK and Portugal give great incentives to study. Obviously something not accounted here is that it also depends on your initial level of studies; it’s not the same to increase one more year of studies when you have no studies at all than when you already have a MSc.

The following graph shows the unemployment rate by country and by studies achieved. It is clear that those countries who incentives the most to study are those that have a higher difference between ‘Below upper secondary education’ and ‘Tertiary education’, Germany, UK, Finland and France. 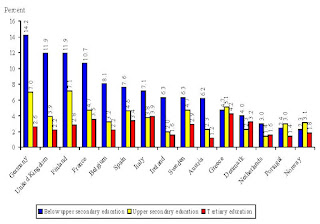 By both methods UK, Finland and Germany are the ones who give more incentives to study. Moreover, they are three countries that already have high education levels. 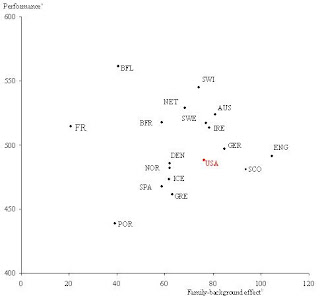 Figure 3 plots European countries’ average educational performance against a measure of the size of the effect that family background has on students’ performance in each country. The size of the family-background effect can be viewed as a measure of the equality of educational opportunities for children from different backgrounds. As there does not seem to be a clear relationship between average performance and the size of the family-background effect across European countries, the cross-country pattern suggests that there is no apparent trade-off between achieving efficiency in educational production and equality of educational opportunity. This is good news for governments aiming to jointly achieve both economic efficiency and social cohesion.