Economists and the General Public bias 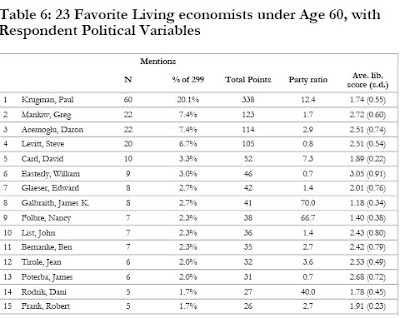 The top-16 list for economists older than 60 years old: 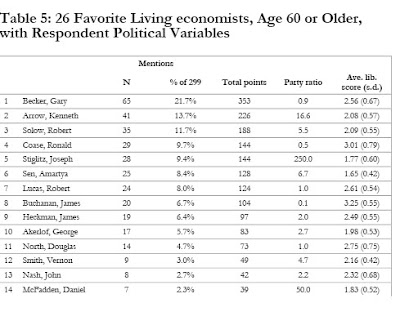 Davis et. al. paper also asked surveyed economists to quantified liberalism for some famous economist in a 1-4 scale. Results are shown in the last columns above. Then I wondered how close this list would be to the general public or general newspapers mentions. I couldn’t find a public survey on this so I took Google News tool and Google search tool results as a proxy. (I excluded Bernanke as he is more a political or public figure than economist) Using the liberalism variable and the differences of mentions between economists and general public I created the following chart to see if there is any bias of the general public in comparison to the economists. I measured the difference between economists and general public as the logarithm of GoogleNews mentions divided by Economists mentions but other measures like a direct substraction also showed the same results (though less significant). 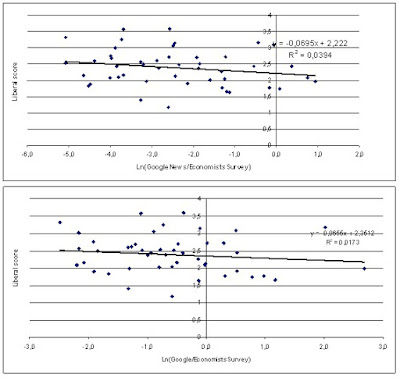 KingHawk said…
This comment has been removed by a blog administrator.
January 1, 2013 at 2:20 PM