On the first of November Branko Milanovic updated his inequality calculations. He has been doing so since early 90s and today are a world reference.

By his own words "Inequality 3 is  the  global inequality, which is the most important concept for  those interested in the world as composed  of individuals, not nations. Unlike the first two concepts, this one is individual-based: each person, regardless of her country, enters in the calculation with her
actual income"

The evolution of the three Inequality concepts are shown in the graph below: 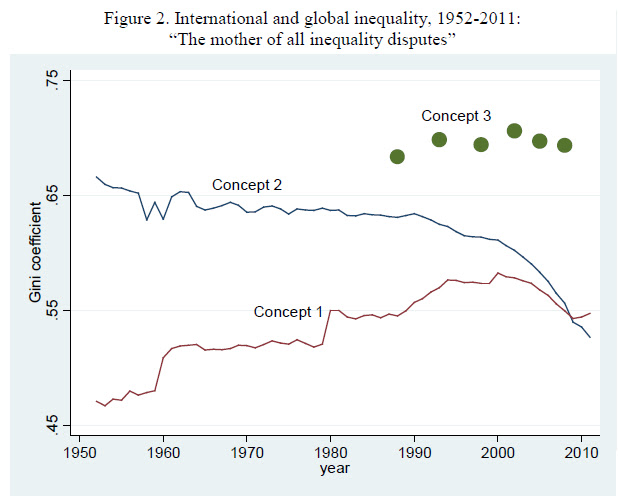 Milanovic states that "the period might have witnessed the first decline in global inequality between world citizens since the Industrial Revolution."

"The decline however can be sustained only if countries' mean incomes continue to converge (as they have been doing during the past ten years) and if internal (within-country) inequalities, which are already high, are kept in check. Mean-income convergence would also reduce the huge "citizenship premium" that is enjoyed today by the citizens of rich countries."

So, the main driver of the lower inequality recent trend is that countries' GDP per capita are now much more similar than before.

The western world is not aware of this, and their perception is that inequality has risen. This has been, in fact, the case for citizens in Western contries: 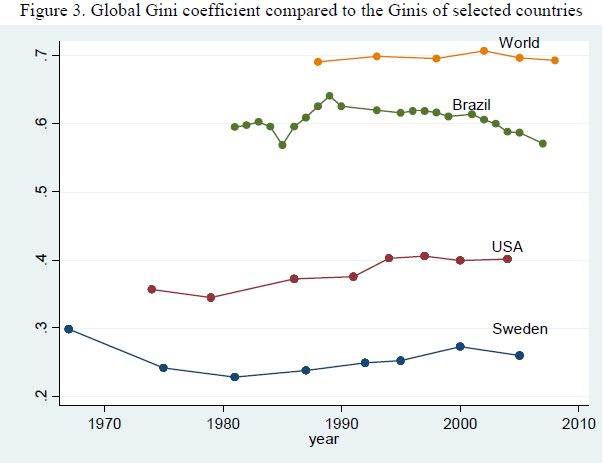