Globalization has been demonized by many economists. Globalization is considered to be the cause of unemployment rise, degradation of democracy and to be a force opposed to welfare estate. 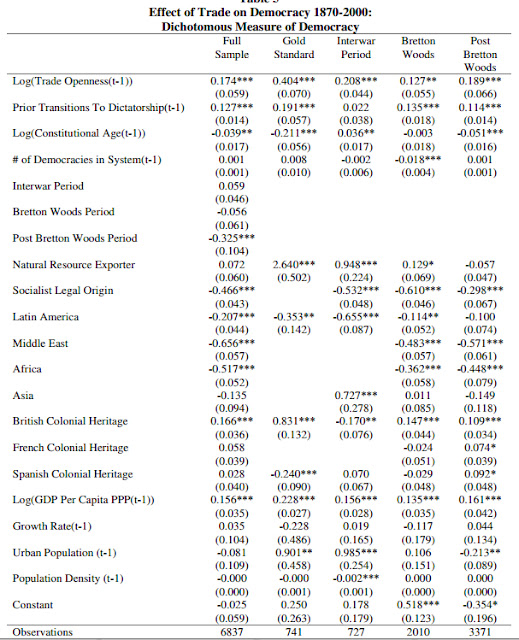 If the negative economic situation in is not solved it will have negative feedbacks as more nationalism raises custom duties and at the same time deteriorates European democracies. It wouldn´t be the first time “If the system is dynamically unstable, then we can perhaps understand how in the 1930s negative shocks to trade and democracy could send the system down toward progressively lower values of both variables”