Inequality in the OECD since 1980s

According to this report by OECD, inequality has been growing in the OECD for the last 25 years although there is a great diversity of results among its countries. Since mid 1980s until mid 2000s only five countries reduced their inequality: France, Greece, Ireland, Spain and Turkey. The bigger increase happened in Finland and New Zealand. That’s a bit against what has been told.... One would expect exactly the opposite. 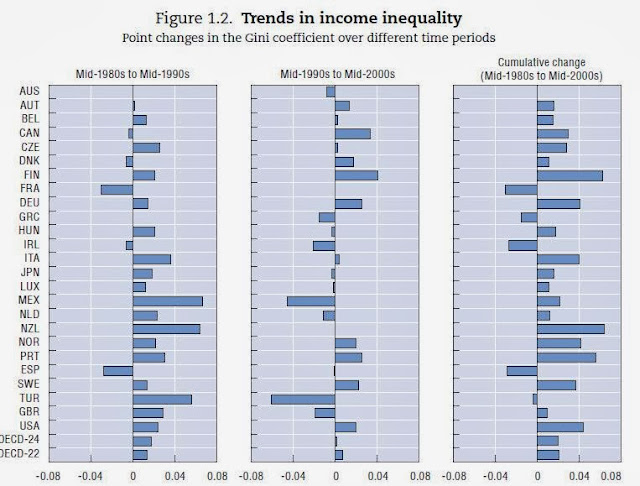 The richest 1% population share of pre-tax income started growing in the mid 80s for the first time since 1910s. In this last twenty years they have achieved levels not seen since 1950s. For USA the growth has been even more important. 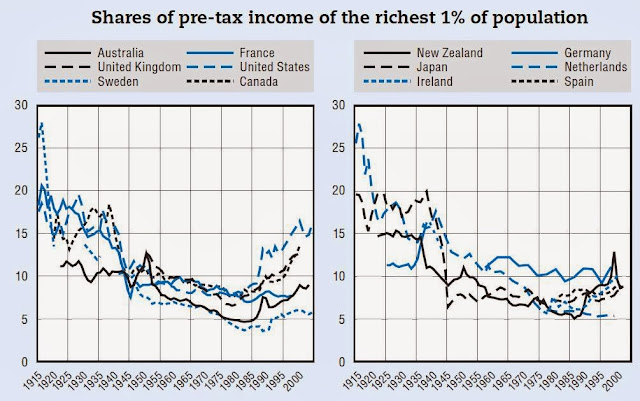 The share of wage in the total value-added of an economy has also decreased but the reasons are diverse the report states:

“While there are large differences in the level of the wage share across industries, this decline has affected
– to different degrees – most industrial sectors, suggesting that this downward trend reflects more than just changes in the structure of GDP (i.e. from industries with a higher wage share towards those with a lower one). Empirical analysis of the determinants of the decline in the wage share at the industry level
highlights the influence of higher capital-output ratios, higher real price of oil, stronger (non-labour
augmenting) technological progress and lower bargaining power of workers (as measured by industrial conflicts, Bentolila and Saint-Paul, 2003).”

Finally, not all the richest or poorest are the same. In fact, the poorest 10% in the Netherlands are better off than the average citizen in Hungary. If I could choose where to be among the poorest 10% of a country that country would be Luxemburg, for the richest case, USA is the best place to be. 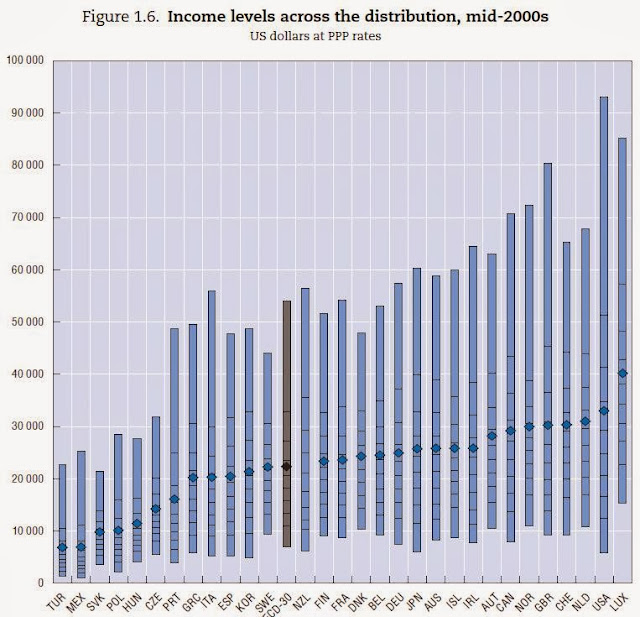