Last post I talked about the relation between GDP per capita and languages we found that English is around the average. Today I want a show the relation between languages and freedom. Freedom here is measured as an average of the following four indices: Freedom In The World Index, Index of Economic Freedom, Press Freedom Index and Democracy Index. All this indices are published by country and form there we can derive the freedom by language measure weighting each country by its population and language.

The following graph shows the result. 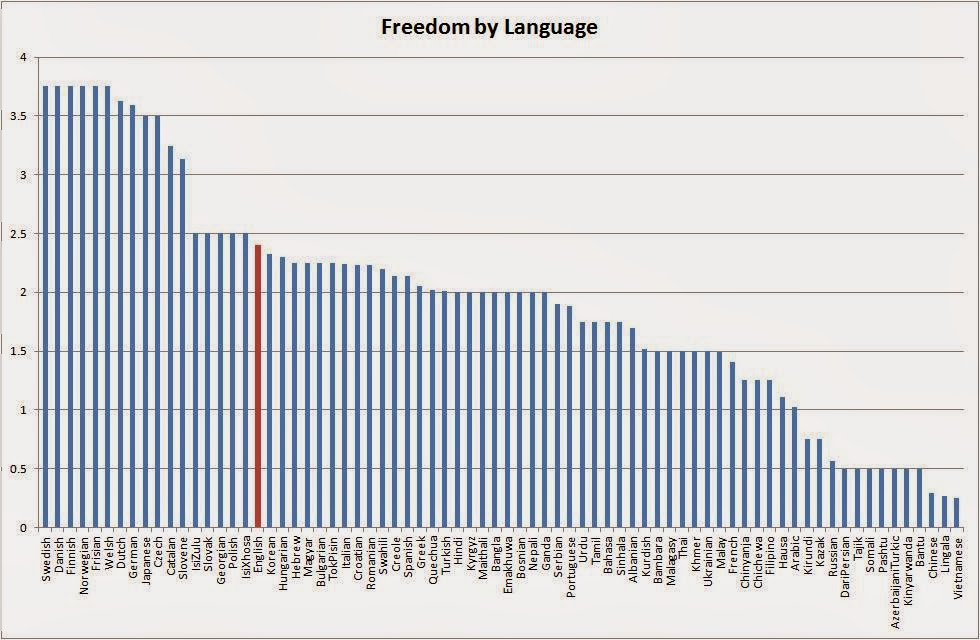 English is clearly above the average and above the other big languages like French and Spanish.