The winter Olympics are about to start in Sochi, Russia and in two years time Rio de Janeiro in Brazil will hold the Summer ones. These two countries are, in terms of GDP per capita, not among the top 50 so I wondered if that is a normal thing or not. I went back to the archives and I managed to plot the following graph. It shows the GDP per capita (from Maddison) of those countries that were awarded with an olympic games against the world's average GDP per capita at the time they were awarded. 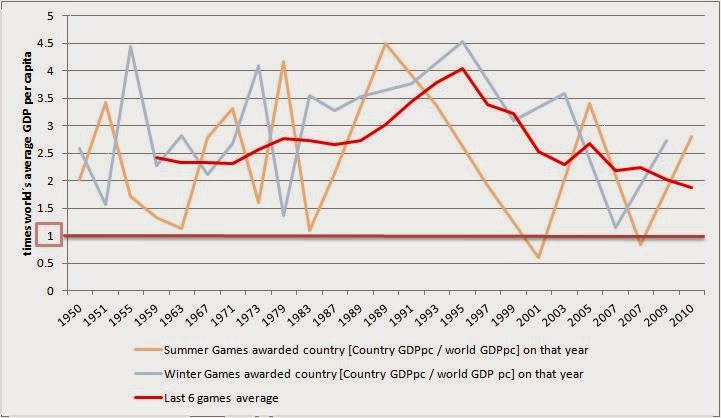 During the 80´s and early 90s the countries that held an Olympic event were much richer than the average but thanks to the last bids the index has reached the lowest level since 1950.

Another interesting analysis is to measure country´s GDP GDPpc. The following graph shows the evolution of the GDP (from Penn Tables) of the country that won the olympic auction. 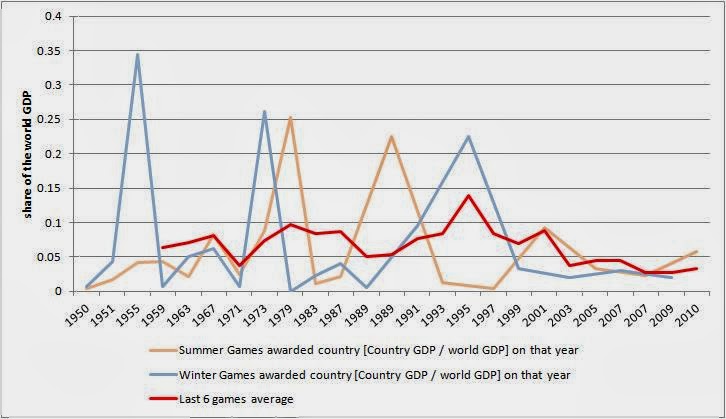 Again we are in the lowest share. This means that more poorer countries are being able to hold the Olympic Games than ever before. I don´t know if that is a good or a bad thing really.