There’s of course a limit here, one can’t increase its life expectancy by 12 months per year or more because that would mean you are immortal. In any case we are living longer at an accelerating rate. 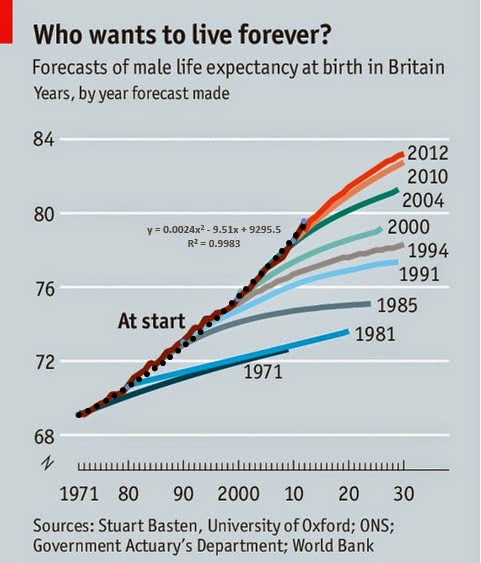