Education in the OECD 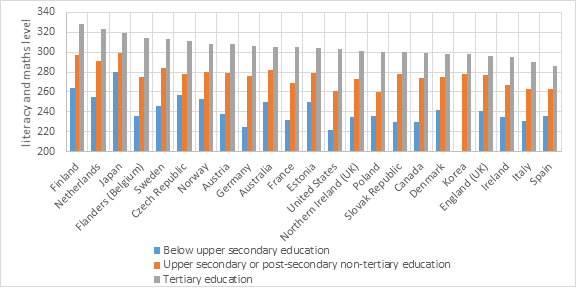 The incentives to study tertiary education are also very different on a country basis (incentives as earnings and without taking into account education costs). The average post graduate worker in Chile, Brazil and Hungary doubles the average salary of a worker with upper secondary studies. 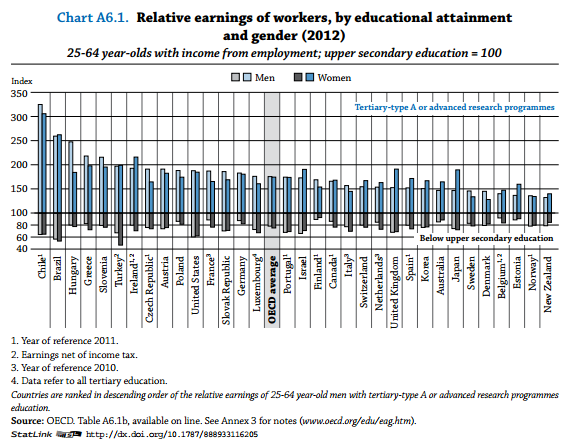 But if we assume free international labour markets, the best thing you could do if you are a post-graduate worker is to move to US on the other hand if you are a worker with below upper secondary education then move to Denmark. 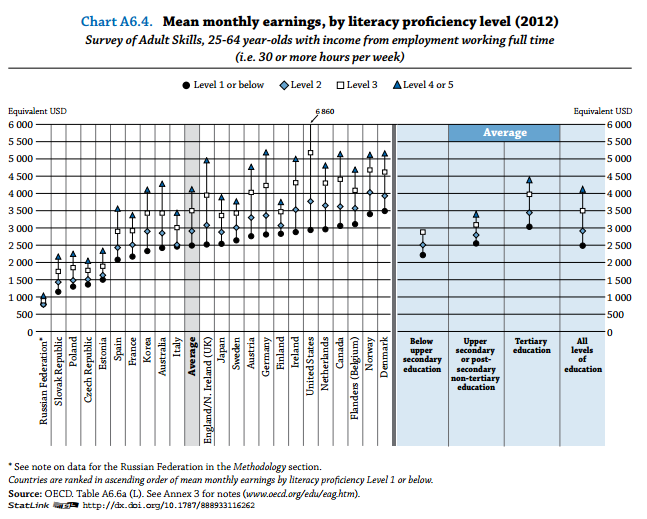