Last month O’Reilly published their annual DataScientist Salary and Tools Survey. It brought a lot of attention and was the most read article for several weeks at R-bloggers. This is the second year of this report which is an anonymous survey to expose the tools successful data analysts and engineers use, and how those tool choices might relate to their salary. 800 respondents who work in and around the data space, and from a variety of industries across 53 countries and 41 states.

They found that tools from, what they describe as cluster 3 (Python, R, Matlab,…), increase the average data scientist salary by $1,900 per tool. On the contrary tools in Cluster 1 (SPSS, SQL, Excel, SAS…) bring down salaries by $1,100 per tool. Specifically the report states “The median salary of respondents who use tools from Cluster 1 but not a single tool from the other four clusters is $82k, well below the overall median [which is $98,000]”.

The data was collected from Strata conference attendees which is made of a broad spectrum of data analysts. So, I thought, why don’t we use another source and focus on economics? I checked what Linkedin says about salaries in the economiscs sector about data softwares in the and these are the results: 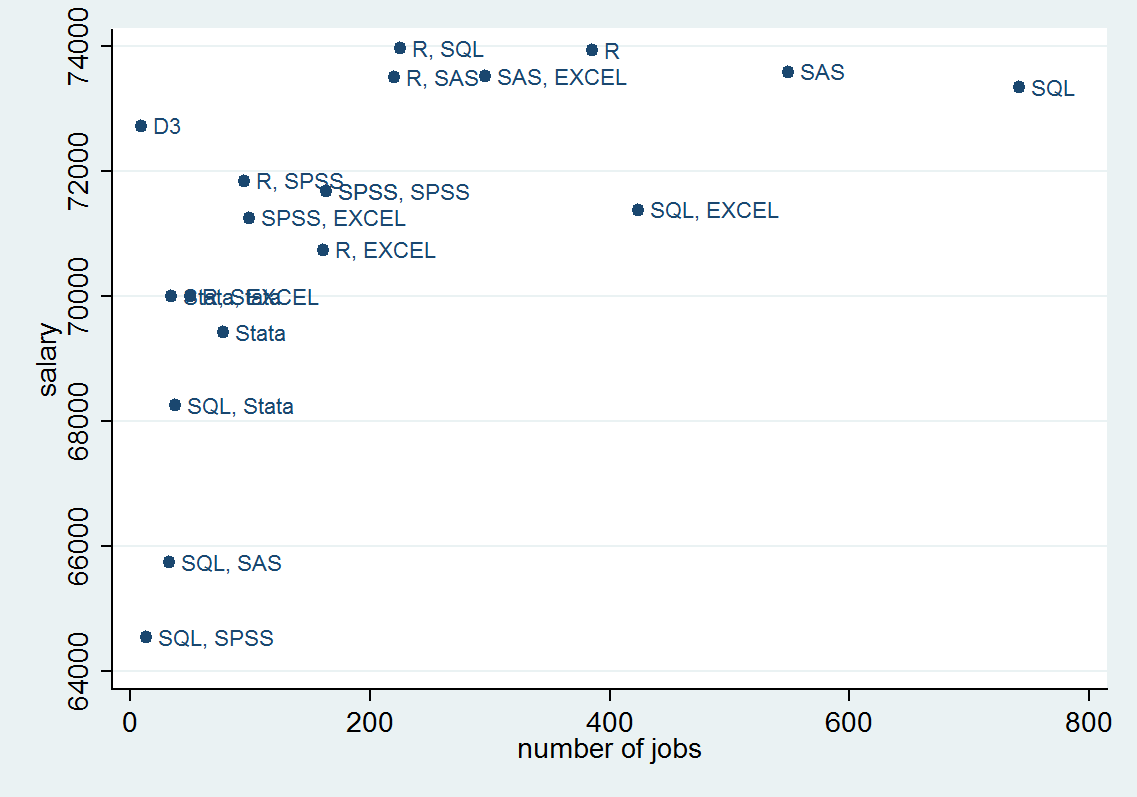 *salaries are in US dollars, the number of jobs are according to LinkedIn USA in December 2014.

Seems that the maximum salary is reached by the combination R+SQL or R alone. But the largest number of opportunities are for those who know SQL, around 750.

This results match those reached by O'Reilly. R seems to be growing and salaries grow accordingly.