Race against the machine

The global labour markets are constantly changing and the key demanded skills change with those. In the latest years we have seen a rising concern about the role of computers in the labour market. We have obviously seen these before (e.g. Luddites) but many say this time might be different. Machine learning and computer learning is replacing human cognitive tasks of rapidly increasing complexity.

These pattern has been analysed by many, among those; Frey and Osborne in 2013 , Wolff in 2005, and Benzell et al.

A new academic paper published in early August by David Deming tries to identify the recent trends on skills’ demand and builds a theoretical model that predicts the changes since the 80’s. It's a compelling story. The most interesting finding in the paper is the following:

“Nearly all job growth since 1980 has been in occupations that are relatively social skill-intensive. Jobs that require high levels of analytical and mathematical reasoning but low levels of social interaction have fared especially poorly.”

The argument goes like this: as more computers replace human analytical power the relative value of social skills become more important. Computers are still very poor at simulating human interaction. Reading the minds of others and reacting accordingly seems to be a very complex thing to do. 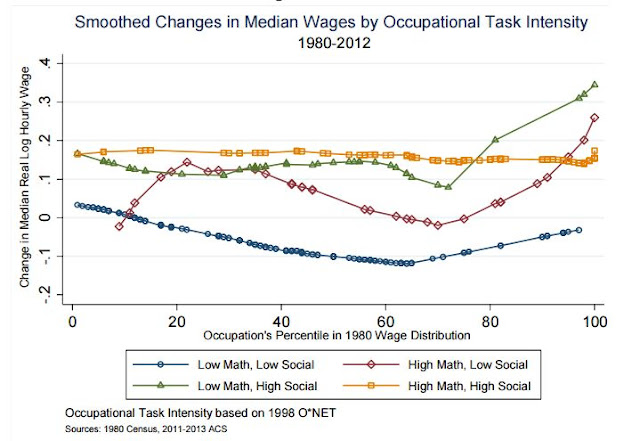 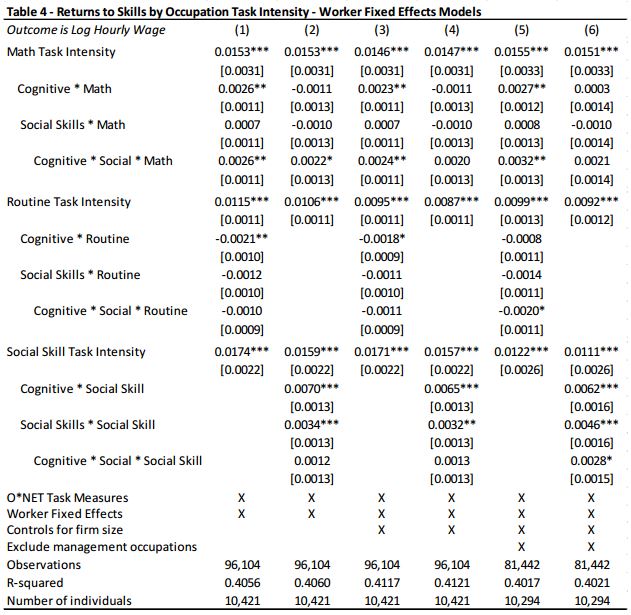