The second graph is the Freedom House Civil liberties corruption measure for each country awarded with the Olympics and the FIFA World Cup  (standarised by year): 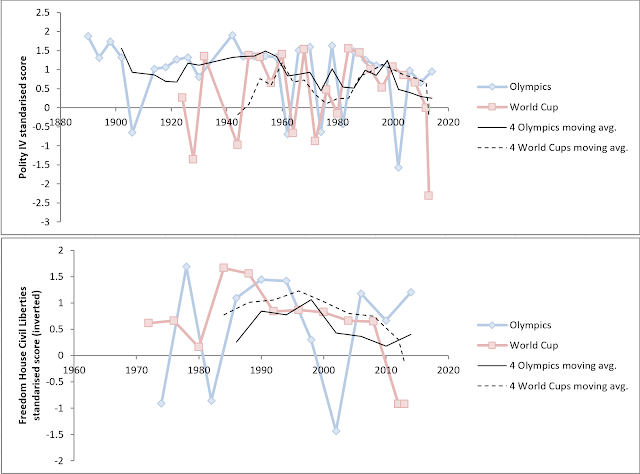 The analysis shows that the awarded countries of both events are less democratic and more corrupt these days than before (by moving avg. measure).

The  FIFA World Cup have ranked specially low (record lows historically) in both measures in the last two decade. Russia and Qatar were the awarded countries.

Tech IT Solutions said…
very informative and great blog! you hace done awesome job about economist research and i really appericiate your ability of data analysis! super cool ! ! thanks for sharing, keep it up.
January 12, 2018 at 1:19 PM