Does new media promote accountability in nondemocratic countries, where offline media is often suppressed? We show that blog posts, which exposed corruption in Russian state- controlled companies, had a negative causal impact on their market returns. For identification, we exploit the precise timing of blog posts by looking at within- day results with company- day fixed effects. Furthermore, we show that the posts are ultimately associated with higher management turnover and less minority shareholder conflicts. Taken together, our results suggest that social media can discipline corruption even in a country with limited political competition and heavily censored traditional media.

The share of social networks users correlate with the lack of corruption. 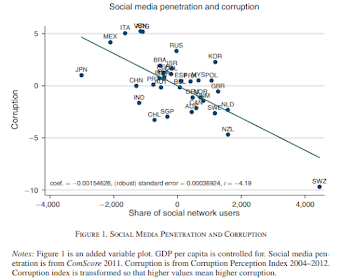 So, in theory, writing about corruption on an influential blog could have an impact.
This is the regression equation they used:

Navalny's posts in Russia would arguably had been more influential than the average post of an average blog. But the estimates are quite significant as shown below in the stocks returns. 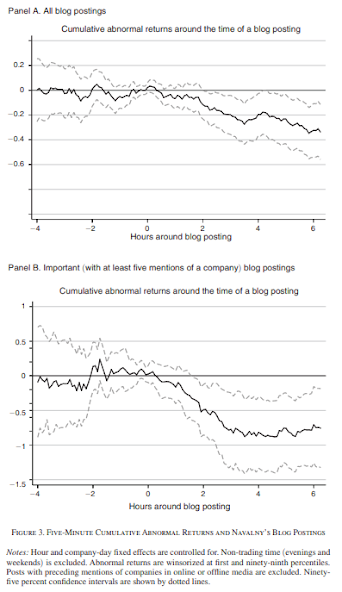